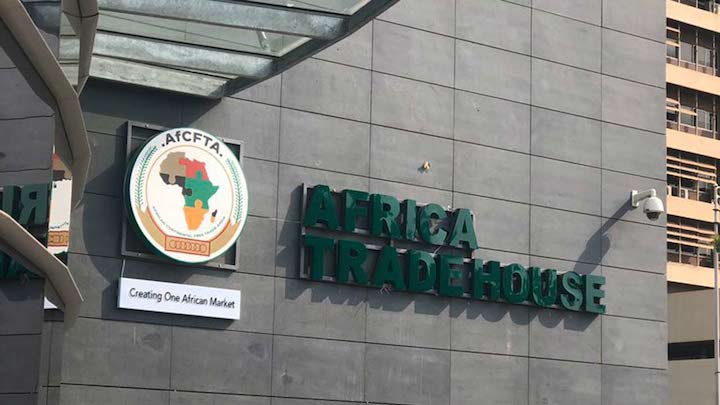 The Africa Continental Free Trade Agreement has beamed a light of hope in Africa because it signals a rejection of protectionist tendencies across the continent, and it represents the formulation of practical initiatives that can accelerate economic integration in Africa. As an instrument for economic integration, the AfCTA is expected to facilitate free movement (of goods and services, and people) across Africa through the removal of both tariff and non-tariff barriers. It underscores the relentless efforts of African leaders to achieve Agenda 2063; a framework for inclusive growth and sustainable development in Africa.

Some many other programmes and initiatives are fundamental to the implementation of this agreement such as the Single Passport, Single African Air Transport Market (SAATM), Single African currency, among others. All these initiatives are aimed at promoting inclusive and sustainable development in Africa. More importantly, they embody the spirit of Pan Africanism with the belief that it would steer collective prosperity in the continent. Despite the continent’s aged long denigrated historical trajectory, African leaders have decided to let go of the blame game and they have rolled up their sleeves to provide an African solution to the African problem.

While it is acknowledged that weak institutions (customs, immigration), poor infrastructure and lack of power, and political instability were previously responsible for some African states’ reluctance in signing and ratifying the agreement, it is hoped that the AfCFTA will reinforce weak institutions on the continent and participating states will benefit tremendously from this arrangement. Participating states, through their engagement in AfCFTA, will be compelled to “Re-possess their possession” via economic specialization and comparative advantage. For instance, oil-producing states can explore the diversification of their economies from dependence on oil, a resource whose prices keeps fluctuating.

Prof. Utomi emphatically declared that “the time has come for the adoption of the AfCFTA” because the AfCTA as a continental arrangement will lead to an increase in the volume of trade which stimulates economic growth. Indeed, trade, not aid brings about prosperity and Africa is overly dependent on aid. The AfCFTA, if successfully implemented, will enhance the creation of a single African market which will make Africa the largest free trade area in the world. Consequently, when African states trade with one another, there will be an exchange in more manufactured and processed goods and more knowledge transfer.

While the share of intra-African exports as a percentage of total African exports has increased from about 10% in 1995 to around 17% in 2017, it remains low compared to levels in Europe; 69%, Asia; 59%, and North America; 31%. Thus, the AfCFTA will be a driver for stimulating intra-African trade. It will reinforce deeper domestic reforms by states for it to materialize. It opens benefits for the manufacturing sector, small, medium and large businesses. It will create more jobs, build skill development and ensure best practices. No African states can afford to miss out on the benefit associated with this as they are in dire need of revamping their outdated and poorly maintained railroad infrastructure to compete and improve the welfare of their citizens.

Although, critics opine that the AfCFTA will be dead on arrival, the security challenges in Africa still stand tall in the continent. For some, economic integration and development will thrive only in a stable and secure society but Africa suffers from many security crises and there are concerns that the AfCFTA may proliferate the security challenges where national insecurity snowballs into trans-national insecurity. They argue that this will enhance the free flow of Small and Light Weapons (SALW) within the continent. However, proponents argue that it will be a catalyst for promoting security in Africa because it will compel African leaders to pull resources together to secure and protect the continent through joint security exercises. This aligns with the acknowledgement by the African leaders of the existence of insecurity.

This has spurred the “silencing the guns” initiative and a high-level security program at the AU level in the form of the African Peace and Security Architecture (APSA) which determines what constitutes threats to African peace and take military and non-military action to restore continental peace. This is goes in tandem with the United Nations Charter VII provisions and works in partnership with sub-regional security outfits and western and non-western partners.

Trade is an invaluable instrument for addressing the multiple challenges of insecurity and there is a positive correlation between poverty and political instability. Poverty reinforces frustration, which in turn births aggression and ultimately leads to social vices and crime. Poverty aids recruitment for the insurgent groups, and ethnic and religious profiteers can easily lure people out of jobs into ethnoreligious bigotry.

Trade boosting as envisioned by AfCFTA will compel national reforms as previously enunciated. These domestic reforms will be a game-changer in addressing poverty-related issues. It is thus not an end in itself but a means to an end.