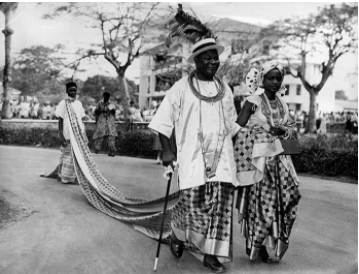 One of the most important things I have had to do as a young Nigerian is to unlearn.

Nigeria, my birth country, has a very flawed notion of the things that matter in life, nowhere is this more evident than in our relationship with power.

In Nigeria power is where you go to escape responsibility. A man in a position of power, regardless of how he got there, is accountable to no one, especially not to the maggots that elected him to office. Most of our leaders hide behind the immunity their political appointments confer when it’s time to be held accountable.

It’s little wonder many politicians see our franchise as a fair exchange for a bag of rice with images of their face and party insignia plastered all over. A 1-litre bottle of groundnut oil in exchange for your vote is completely fair in their estimation, after all, they’re giving you something at all, aren’t they? And of course, many people take this “sweet deal,” that’s one bag of rice and one bottle of oil more than they’ll see from this government for the next four years.

Your professor’s power doesn’t lie in his ability to give you a valuable education, his power lies in his ability to take away your grades. You may never get the mentorship you need, he may not help you with your research, you’ll probably never win a Nobel prize under his tutelage, but remember, he can always turn your A into a C, he can make you repeat a class. He will take your grades, he will take your time and give you nothing in return unless of course, he decides to.

I’ve often wondered why our elders are so adamant about respect, can’t they see that the youth have nothing to be grateful for? Nigeria has been in decline since 1960, each year more hopeless than the last, yet the people to whom the nation was entrusted to take no responsibility for the decay, all that concerns them is our praise and worship, even as we continue to watch them flush our future down the toilet.

I fear my generation would replicate these pathologies, I fear we will become the politicians, professors and elders we despise today and I don’t know what I can do to stop this. I no longer allow my younger ones to do my dishes anymore, I don’t expect greetings from my driver’s children, what have I ever done for them?

If an elite cannot leverage its power to create and transfer value, then it is not worthy of respect.