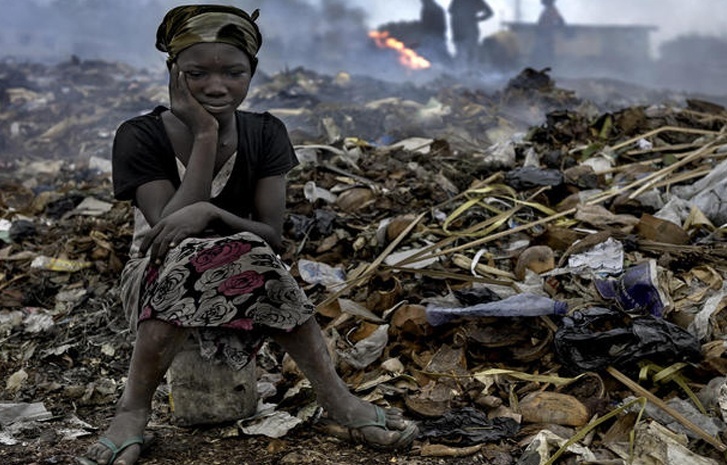 If Fela were alive, I would tell him yanga found that trouble had died in his sleep.

In Adolphe Thiers’ book, Histoire de la Révolution française — History of the French Revolution, Jean-Jacques Rousseau is reported to have said, “When the people have nothing more to eat, they will eat the rich.” The timing of this statement seems unclear but consensus places this statement before the French Revolution. A period in history not unlike our current predicament.

I am certain that the citizens of most African countries, especially Nigerians, are familiar with the sentiments that birthed this statement. If this statement was to be taken as a credible prediction of our current circumstances, one would assume that it postulates our current trajectory would, in the end, leave us with no options but to resort to cannibalism where the delicacy would be the elites. I find that although it sounds somewhat plausible, it may be rather farfetched. What I discover is the antithesis of these claims.

After a brief stint as an emissary of love, Fela Anikulapo Kuti discovered his voice was better suited to prophesy. His tunes became the screw to uncork post-colonial chains, the people who have held us captive since Independence in 1960. In most of his songs, Fela warns us about absurd power structures that exist within the Nigerian system. We learn from him that power won’t change hands, the military and civilian governments will remain the same, and the ruling class don’t care about the people.

Fela’s prophecies have become a day to day experience for the average Nigerian. Our present situation finds us swimming against the current of the ocean at high tide where ethnic tensions, religious conflict, internal displacement, consistent regressive social reforms, historical revisionism and blatant disregard for our common sense, unclever lies and gimmicks are the order of the day but I am sure you knew that already. Curating a list of Nigeria’s current maladies is as redundant as this statement.

I do not subscribe anymore to the belief that we have clueless leadership who are unintentionally driving this country through what Adam Mayer calls “The Descent”. I have begun to believe that all the events that we witness act smoothly and sequentially like a well-rehearsed magic trick. The first trick, a sleight of hand, occurs as soon as you blink after which the more you look, the less you see.

Our situation is not one where the masses would one day eat the rich, the rich are far too insulated for that. We do not know where they are, where they live and since they live in constant fear, they surround themselves with the armoury that should adequately cater for all the peoples of any community. This caters for the meagre fraction of their lives in Nigeria, they seem to have developed a phobia for Nigerian soil as they spend most of their time out of the country.

Marx expected that the day would come when the people would find that they were adequately fed up with all the injustices they face at the hands of the upper class. I believe that while Marx did see the wedge between the upper and lower echelons (as we have them in Nigeria), he may not have accurately predicted the future of their relations as it concerns us. He was fundamentally wrong in the prediction that we, the masses, incarcerated in our motherland, would revolt to demand accountability from our leadership. Amidst a plethora of problems that Nigerians find themselves, they are skilled at adapting to the heat of the water, like the frog when it practices religious homeostasis as temperatures in water rise ever so slowly, so do we sit quietly in our current situation, unaware of being cooked.

What we fail to realize is that the teeth have always belonged to the rich, they are currently eating us, not the other way around. Since the poor far outnumber the rich in this country, the question we need to ask ourselves is, how many days would it take for them to finish eating all of us.

This is a call to arms. To Adapt is to Die.